Happy Friday! In the states this is a holiday weekend so many of us are looking forward to a three day weekend. My sister, niece, and her children are coming for a visit and I’m so excited to get to spend the next few days with them.

I’m still working on the William Morris HST quilt and won’t bore you with pictures that look more of the same. I had hoped to have the quilting finished by the weekend, but a stomach bug hit me earlier in the week and threw me off track. I’ll try to get in snippets of quilting this weekend, but you know how it is when houseguests arrive. I’ll go in to full play time mode with those sweet kiddos!

Today I want to share with you my favorite recipe for potato salad. It’s easy, fast, delicious and includes bacon – what could be better?

I would love to give credit to the creator of this fabulous tasting side dish but I can’t. The recipe has been in my collection for several years and I have no idea where it came from. I try to usually make note of where I find recipes but failed to do so on this one. But a big shout out and thank you to whoever put these ingredients together – they are so yummy!

While the potatoes are cooking, cook a half pound of bacon until crisp. Chop or break into small pieces. 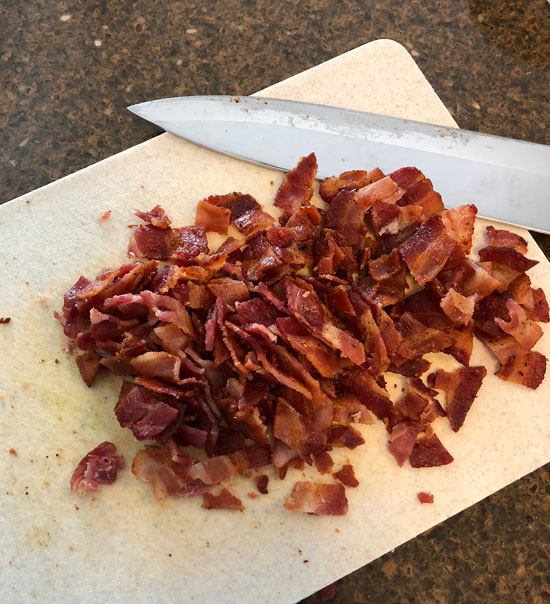 You will also need to chop six green onions and two stalks of celery. 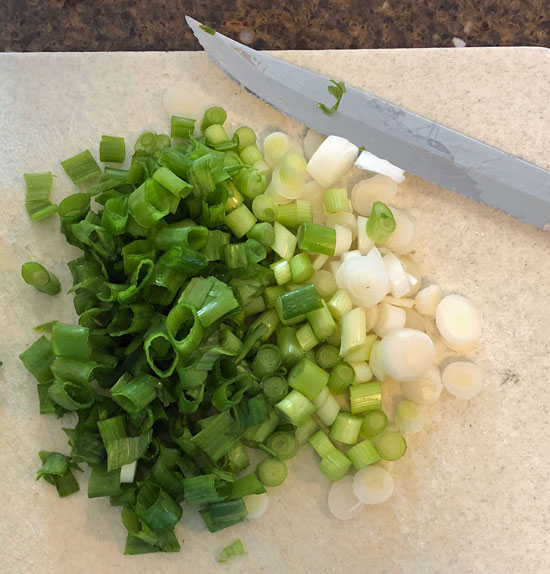 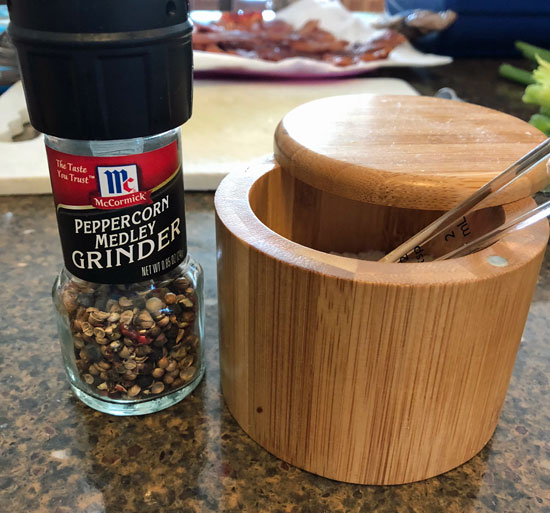 I love my bamboo salt box. Too cute!

Now, mix 1/2 cup of mayo and 1/2 cup sour cream. Stir into the potatoes. Let them chill out in your fridge for a couple hours or until cold. You want all those yummy flavors to blend together!

Garnish with some sweet Spanish Paprika, or whatever kind is hanging out in your pantry, and voila! You have yummy potato salad that your friends and family won’t be able to get enough of!

So, the above is the ‘official’ recipe. Here’s how I really make this. I don’t measure 3# of potatoes. I usually grab a five pound bag and use all of the potatoes in the bag. And a half pound of bacon? Who are we kidding? I cook up the entire package and throw in whatever looks good. (The rest gets thrown on a sandwich with tomato and lettuce for a tasty BLT.) I also almost always throw in an extra onion or two because there’s never just six when I buy a bundle of green onion. Now, by adding in these extras it means I need more of the dressing. So I use 1 cup each of the mayo and sour cream. I may not use all of the dressing, but I have it on hand if I think the potato salad needs it. 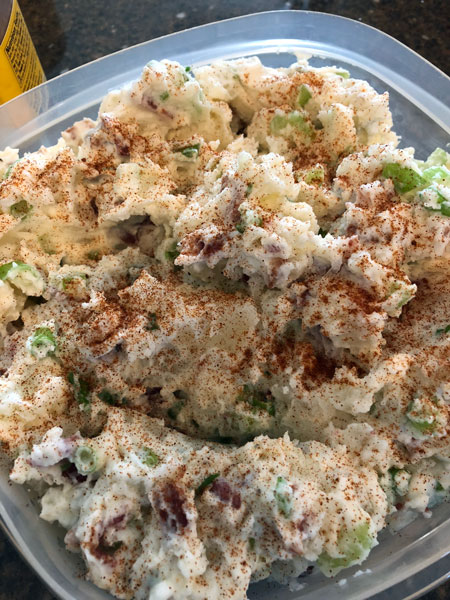 And here it is! Yummy, bacon-y, onion-y potato goodness! We’ll be eating this over the weekend and I’m already drooling just thinking about it. 🙂

Do you have a favorite potato salad recipe? I’d love for you to share in the comments!

Cook potatoes until cooked through, (10-15 minutes). Drain and cool slightly. Cook bacon until crisp, and chop or break into small pieces. Mix together potatoes, bacon, onion, celery, salt, pepper. Stir together mayo and sour cream, add to potatoes. Chill for at least one hour.

Cooking Up Quilts on IG